NEW YORK AND LONDON – Investors are demonstrating growing belief in a robust global recovery and have painted a picture of an ideal investment environment, according to the BofA Merrill Lynch Survey of Fund Managers for April.

Belief in macro economic growth has intensified. The number of investors taking “above normal” risk in their portfolios is at its highest since January 2006, and investors are more bullish about the ability of companies to increase profitability.

The number of respondents predicting “above trend growth and below trend inflation” has risen sharply to 32 percent from 21 percent in March, the highest reading since the question first appeared in February 2008. Fewer respondents are expecting below trend growth. Inflationary fears remain subdued and 42 percent of respondents expect no interest rate hike from the Fed before 2011, up from 38 percent last month.

Average cash balances have fallen to 3.5 percent of a portfolio from 3.8 percent in March. A net 52 percent of the panel is overweight equities, up from a net 33 percent in February, and back to the level seen in January. Within equities, investors have scaled back their underweight positions on banks and raised exposure to cyclical stocks.

“April’s survey shows a growing number of investors envisaging a Goldilocks scenario of above trend growth and benign inflation. The findings are consistent with the view that the US consumer, far from remaining in intensive care, is on the path back to good health,” said Michael Hartnett, chief Global Equities strategist at BofA Merrill Lynch Global Research.

Investors’ expectations of higher payouts appear to be rising. A net 25 percent of the panel say that payout ratios (including dividends and share buybacks) are too low, up from a net 20 percent in March and the highest reading since August 2007. Respondents’ desire to see corporates increase capital spending is at its highest since June 2006, with 43 percent of the panel identifying it as their priority. At the same time their sense of urgency towards balance sheet repair is diminishing. Just 23 percent of the panel view debt reduction as a priority, the lowest since January 2008.

While investors have been renewing their belief in the corporate outlook they have also increased portfolio allocations towards cyclical stocks. A net 27 percent of asset allocators are overweight industrials, up from 20 percent the previous month and the percentage of allocators overweight materials rose to 18 percent from 12 percent.

At the same time

a net 10 percent of respondents remain underweight banks this month, down from a net 24 percent in March. One in six investors is now overweight banks, compared with one in ten in March. Japan in favour as eurozone becomes no-go zone

Investors are more positive about the outlook for Japanese corporates. A small majority (net 3 percent) of the global panel says Japanese companies have the most favourable outlook of all regions. That was previously a minority view (a net negative 4 percent in March).

“As recently as five months ago investors regarded Europe as the most attractive play on global economic recovery. But with the Greek debt crisis Europe has become a no-go zone and asset allocators now view Japanese equities as a cleaner cyclical play,” said Patrik Schowitz, European Equity strategist at

A total of 197 fund managers, managing a total of US$546 billion, participated in the global survey from 1 April to 8 April. A total of 161 managers, managing US$359 billion, participated in the regional surveys. The survey was conducted by BofA Merrill Lynch Research with the help of market research company TNS. Through its international network in more than 50 countries, TNS provides market information services in over 80 countries to national and multi-national organizations. It is ranked as the fourth-largest market information group in the world.

Bank of America is one of the world’s largest financial institutions, serving individual consumers, small- and middle-market businesses and large corporations with a full range of banking, investing, asset management and other financial and risk management products and services. The company provides unmatched convenience in the United States, serving approximately 59 million consumer and small business relationships with 6,000 retail banking offices, more than 18,000 ATMs and award-winning online banking with nearly 30 million active users. Bank of America is among the world’s leading wealth management companies and is a global leader in corporate and investment banking and trading across a broad range of asset classes, serving corporations, governments, institutions and individuals around the world. Bank of America offers industry-leading support to more than 4 million small business owners through a suite of innovative, easy-to-use online products and services. The company serves clients in more than 150 countries. Bank of America Corporation stock (NYSE: BAC) is a component of the Dow Jones Industrial Average and is listed on the New York Stock Exchange.

END_OF_DOCUMENT_TOKEN_TO_BE_REPLACED 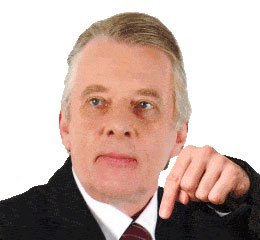